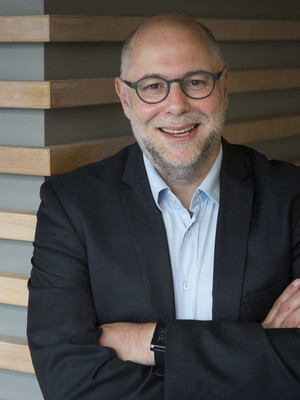 Harry Buhrman is head of the research group ‘Algorithms and Complexity’ at the Centrum Wiskunde & Informatica, which he joined in 1994. Since 2000 he also has a joined appointment as full professor of computer science at the University of Amsterdam. Buhrman's research focuses on quantum computing, algorithms, complexity theory, and computational biology. In 2003 he obtained a prestigious Vici-award and was coordinator of several national and international projects. The unifying theme through the work of Buhrman is the development of new algorithms and protocols, as well as establishing their optimality.

One of the highlights in the work of Buhrman is the article co-authored with Richard Cleve (University of Waterloo, Canada) ‘Quantum Entanglement and Communication Complexity’. They demonstrated that with quantum entanglement certain communication tasks can be solved more efficiently. This article formed the basis for the area of quantum communication complexity and has implications to fundamental questions in physics. He also co-developed a general method to establish the limitations of quantum computers. He wrote more than 100 scientific publications.

Buhrman is editor of several international journals and is member of various advisory and scientific boards, such as the advisory board of the Institute for Quantum Computing (Waterloo, Canada).