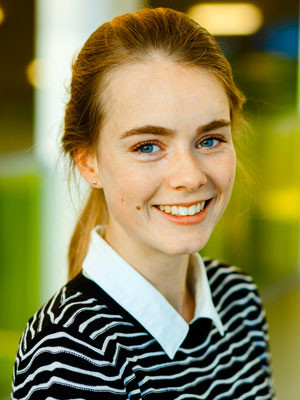 Mariska Heemskerk received her BSc and MSc in Mathematics at the University of Amsterdam.

During her Master's degree she focused on stochastics, measure theory and stochastic integration.

Particulary interested in the theoretical background of mathematical tools, she is lucky to have found a topic that combines this with a healthy dose of application possibilities.

After having spent half a year to explore the topic during her Master's project, she has started her PhD project at the University of Amsterdam under the supervision of Michel Mandjes and Johan van Leeuwaarden in september 2015.