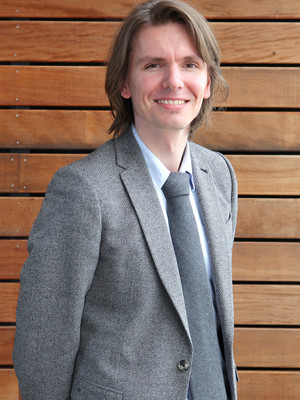 Johan van Leeuwaarden (1978; PhD cum laude 2005, Eindhoven) is full professor in the section Stochastics of the Department of Mathematics and Computer Science in Eindhoven University of Technology. Since 2011 he is also the director of the Graduate Program of Mathematics. His main research interests are in stochastic operations research, probability theory, stochastic networks, enumerative combinatorics, and complex and asymptotic analysis. Applications that motivate his research are congestion phenomena (queueing), performance analysis of service systems, resource allocation in communication networks, distributed control of complex networks, random graphs and the spread of epidemics over networks. Johan was visiting professor at Columbia University and adjunct professor at NYU. Johan is the recipient of an NWO Veni Grant (2006) and an ERC Starting Grant (2010), and winner of the INFORMS Telecommunication Dissertation Award (2008), Beta PhD Award (2008), and the 2012 Erlang Prize for his contributions to applied probability. In 2013 he co-founded the Data Science Center Eindhoven. In 2014 he co-founded the 10-year multidisciplinary research program NETWORKS, funded by the Dutch Government. In 2014 he was elected as member of the Young Academy (De Jonge Akademie) of The Royal Netherlands Academy of Arts and Sciences, an advisory body to the Dutch Government. Johan actively promotes science, with focus on the role of mathematics, multidisciplinary education and research, and the position of PhD students.