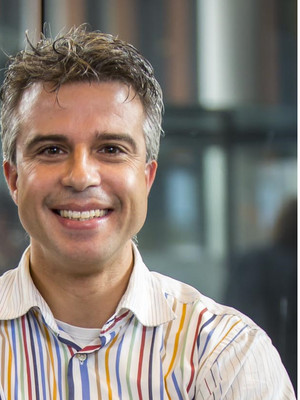 Rudesindo (Sindo) Núñez Queija obtained a master's in Econometrics and Mathematical Operations Research from the Vrije Universiteit Amsterdam in 1995. He did his PhD. research under the supervision of Prof.dr. Onno Boxma and Prof.dr. Sem Borst at CWI and obtained his PhD in Applied Mathematics from Eindhoven University of Technology in 2000. He was subsequently affiliated with INRIA Sophia Antipolis (post-doc in 2000), Eindhoven University of Technology (assistant professor 2000-2006), TNO Information and Communication Technology (staff member 2006-2008) and University of Amsterdam (since 2008). Since 2000 he maintained part-time affiliated with CWI (senior researcher, currently 0.2 fte). Since 2010 he is also part-time professor of Industrial Mathematics at the Korteweg - De Vries Mathematical Institute (Faculty of Science of the University of Amsterdam) and is a visiting professor at the University of Toulouse (2015-2016).

His main research interests are in fundamental queueing theory and its application to stochastic networks, particularly information and communication networks and - more recently - road traffic networks. He has particularly worked on the analysis of processor sharing systems and scheduling in multi-class service systems. Currently much of his work concentrates on the use of asymptotic analysis techniques (heavy traffic, fluid scaling, perturbation techniques) to study complex stochastic systems.