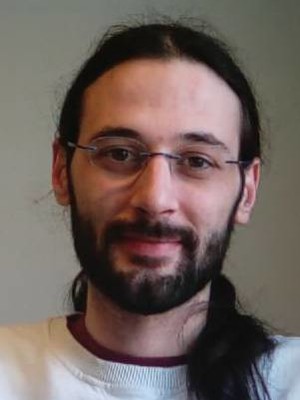 Luca Avena was born in Rome (Italy) on 13 February 1981. In 2006 he  received a M.Sc. in mathematics (cum laude) from the University of Rome, ROMATRE. His master thesis entitled "On the threshold of the random k-sat" was prepared under the supervision of Prof. F. Martinelli and Prof. P. Caputo. During his bachelor studies, he spent one year at the mathematics department in Granada (Spain) through the Erasmus exchange programme. After completion of his master studies, Luca started a PhD programme at Leiden University (The Netherlands) under the supervision of Prof. F. den Hollander. In 2010 he defended his PhD thesis entitled "Random walks in dynamic random environments". After few years as post-doc at the University of Zürich (Swizerland) in the group of Prof. E. Bolthausen and at the WIAS institute of Berlin (Germany) in the group of Prof. W. König, since June 2014 he has been employed as assistant professor in Probability Theory at Leiden University. His main research activities focus on a number of topics of interest in probability theory and its applications in statistical  physics as e.g. random motion in random media, expansion methods and random graphs.