Souvik Dhara, who was awarded his PhD with distinction at the TU/e last year, has been awarded the Stieltjes Prize for the best mathematics PhD thesis of 2018 in the Netherlands. Souvik, now a Schramm postdoctoral fellow at MIT Mathematics and Microsoft Research Lab New England, defended his thesis entitled ”Critical percolation on random networks with prescribed degrees” under the supervision of Remco van der Hofstad and Johan van Leeuwaarden. 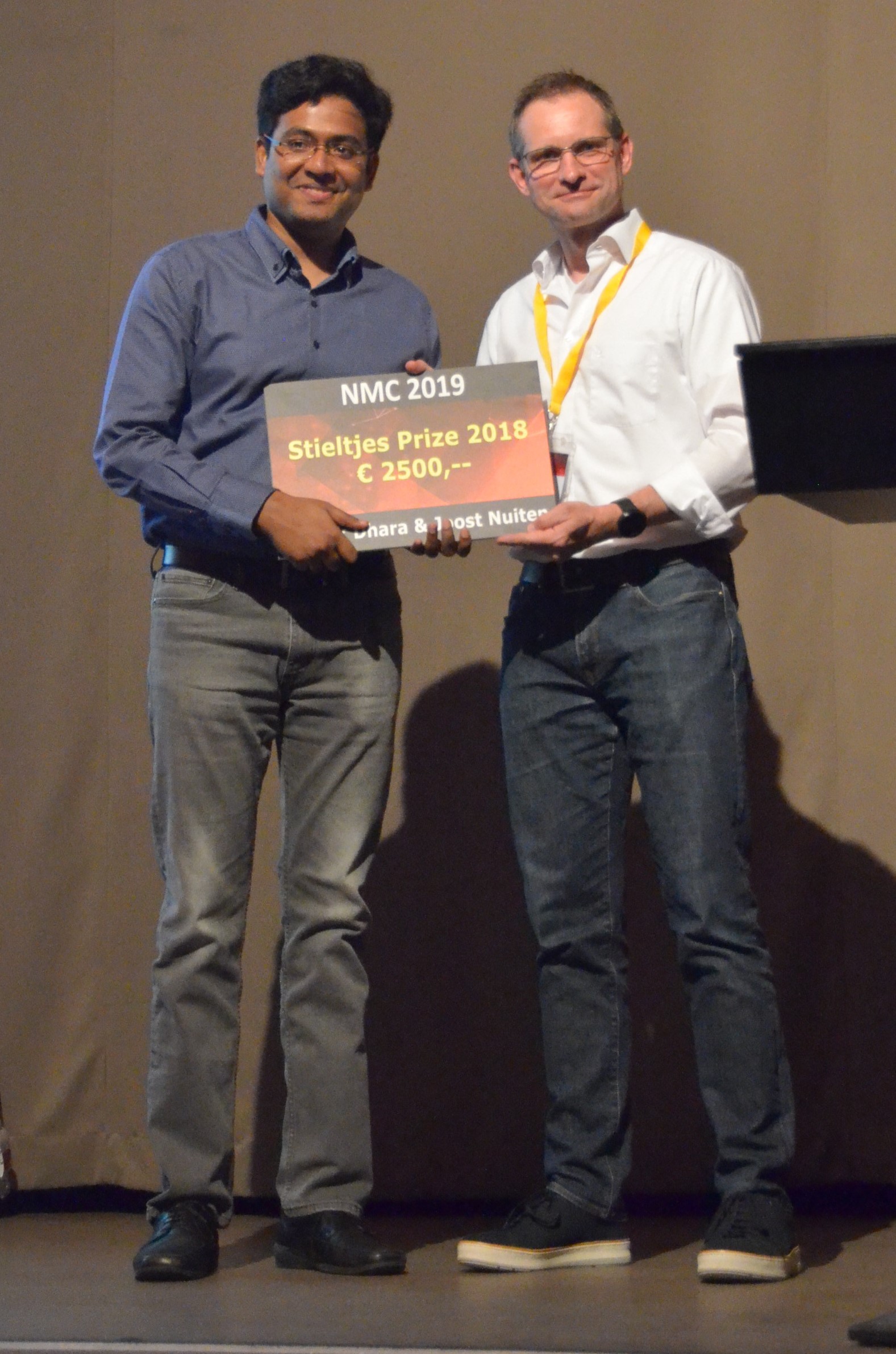 For the 2018 prize, the jury considered 37 theses. The jury was impressed by the very high level of the theses. Especially striking in this round was the high quality of the presentation of results. Many of the researchers had an independent and original treatment of the material. After several rounds of discussions, two theses were selected as being the best in the 2018 round of which Souvik Dhara's thesis was one. The other winner was Joost Nuiten, with the thesis "Lie Algebroids in derived differential geometry".

Souvik’s thesis, entitled ”Critical percolation on random networks with prescribed degrees”  gives an impressively complete description of the possible behaviors of critical percolation on random graphs, in which the degree sequence is fixed. One of the referees wrote “The results in the thesis are not just new, they also resolve fundamental problems, for example by dropping the assumption of finite third degree and developing a new coupling with coalescent process.”  Another external referee described the thesis as "outstanding in scope and depth".

Furthermore, the thesis is characterized by a very clear presentation with a discussion section in each chapter in which the importance of the result is explained and how the result relates to existing results. Souvik has an impressive list of publications; 9 articles have already been published and 3 articles have almost been completed.

About the Stieltjes Prize

On behalf of Stichting Compositio Mathematica, the Stieltjes Prize is awarded annually for the best PhD thesis in The Netherlands. All mathematics PhD theses written in The Netherlands automatically participate in the competition.