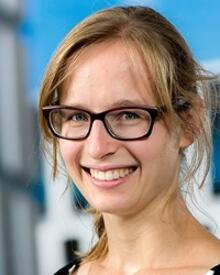 In her thesis, Margriet studies the evolution of multi-colony genetic populations subject to resampling (change of type) and migration (change of colony) in the presence of a seed-bank where individuals can temporarily retreat (dormancy). She showed that there is a delicate interplay between these three evolutionary forces. She unraveled how the seed-bank enhances genetic diversity, clarified the role of heavy tails in the wake-up time distribution, and in doing so opened up new directions for research in population genetics.

Seed banks increase diversity
During her PhD research at the Mathematical Institute, Oomen and her promoters Frank den Hollander (UL) and Andreas Greven (Friedrich-Alexander Universität Erlangen Nürnberg) used a mathematical model to study the effect of a seed bank on the diversity in a population of plants or bacteria. It turns out that the seed bank phenomenon increases the genetic diversity of a population and can even prevent diversity from being lost.

Red and purple poppies
Take, for example, a meadow full of red and purple poppies. Without a seed bank, these flowers disperse seeds once a year, some of which land favorably and survive the winter, hatching the following spring. Red poppies sprout from the seeds of the red flowers, purple flowers from the purple flowers. How much of each color is determined by chance and by the previous generation. The more red poppies in the first generation, the greater the chance that after a few years all the flowers will be red. ‘The diversity is then lost,’ says Oomen. ‘The probability of that happening can be calculated using the mathematical Fisher-Wright model. I looked at how diversity changes if you add a seed bank to that model.'

A news article about her dissertation (Dutch, Universiteit Leiden).