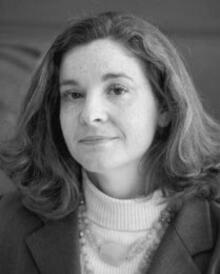 On October 21 2021, we received the sad news that Francesca Nardi passed away after a long illness. Francesca has always had a close relationship with the Netherlands, and with Eindhoven in particular.

For example, she met her later husband when she worked as a PostDoc at Eurandom from 2000 to 2002. She was appointed as one of the first tenure trackers in the WISE program in 2006, and was promoted to associate professor in 2015. Francesca returned to Florence in Italy in 2016, where she successfully built up a young and devoted group in probability. She continued to be affiliated with TU/e and with the Gravitation project NETWORKS, and came to the Netherlands often and gladly. Francesca has worked extensively with the probability group in Leiden, especially in the field of metastability, in which she was recognized as a world leader. In Eindhoven she also worked with Sem Borst and Remco van der Hofstad, as well as with many colleagues from other departments, amongst others in Master projects. She was very much involved with Eurandom, co-organizing a.o. a 20th anniversary meeting of the institute in 2018, as well as many other workshops, including a Stochastic Activity Month on Probability and Analysis.

Francesca was a very enthusiastic researcher and lecturer, and always had a keen eye for the people involved. She was very beloved. The probability community in the Netherlands loses a prominent probabilist, and a wonderful and very warm person. Francesca leaves behind a husband and two young children, and our thoughts are with them and her broader family.