The defense will take place at the Agnietenkapel, in Amsterdam.

We study quasirandomness in several contexts in quantum information theory. Roughly speaking, an object is quasirandom if it shares properties with a random object. What these properties are, depends on the context.

Consider, for example, uniformly random 3-regular graphs. They have the property that they are likely highly connected, while at the same time the number of edges is quite small (the graph is "sparse''). Highly connected refers to the property that, for example, a random walk on the graph mixes very rapidly: after a small number of steps, the position of the walker is close to uniformly random. So when an explicit 3-regular graph has this property as well, we say that it is quasirandom.

Among other things, interesting objects whose quasirandomness we study in this dissertation are linear maps from matrices to matrices or complex-valued functions on a finite abelian group. These objects appear in quantum information theory in the form of quantum channels or the amplitudes of quantum states for example. 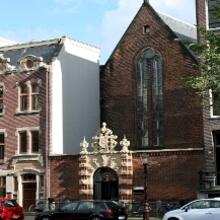